My esposo and I just celebrated our 8th year wedding anniversary last Wednesday, we didn’t make any special plan as to where we will be celebrating our special occasion. Both of us feel blessed of each others company, we’ve been through a lot, good times, bad times, sickness, health, richer and poorer. But what matters most is that we are still together, loving each other everyday. (naks!)

We decided to celebrate our anniversary today by just going out and watch a movie with the kids. It’s a good thing that “Monsters vs. Aliens” is already being shown in theaters. So, at 3PM, we left home and headed to Waltermart North Edsa, it’s our first time to watch a movie there and I can say that I would be back there to watch another one. 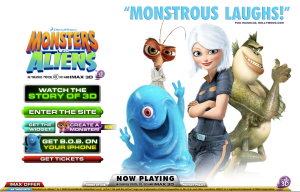 The movie was fun, we really had a good laugh while watching it. I guess it’s nice to be kid again.The story is about Susan Murphy voiced by Reese Witherspoon (who doesn’t know Reese?)  who was struck by a meteor resulting to her growing to 49ft 11in and is called monster who is also known as Ginormica, who was then captured by the military.

In captivity in an institutions which houses monsters, she met Dr. Cockroach voiced by Hugh Laurie (Dr. House), the Missing Link who happens to be a fish-man voiced by Will Arnett (Blades of Glory), B. O. B. (i like him so much, he’s so cute) a gelatin monster voiced by Seth Rogen (Knocked Up) and Insectosaurus a huge bug, bigger than Susan.

They fought the aliens who came to invade earth. The voices of Kiefer Sutherland, Stephen Colbert, and Rainn Wilson were also used in the movie. The movie is  really for kids, but sometimes it’s nice to have a good laugh and feel like you’re a kid again. So why not see this movie, I think it would be worth it.

And after the movie, we treated ourselves with some grilled tilapia and sinigang na baboy, yum! yum! We get to take the kids to a movie and celebrated our anniversary as well. Wouldn’t it be nice that everyday would be like this.

Pay for Your Spot

Running in a race you haven’t entered, also called “banditting”, is not fair to race organizers, volunteers, and especially the people who have paid to participate. It’s also unsafe, since race organizers plan their course amenities, such as water and sports drinks, and medical assistance based on the number of people who have signed up for the race. And overcrowded race conditions can lead to falls and other problems. 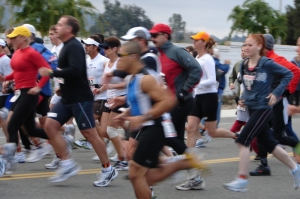 Nothing is more annoying to a runner at the start of a race than having to weave around slower runners after the gun goes off. Faster runners should line up at the front of the starting line, slower runners and walkers at the back. Some races have corrals based on estimated pace or post pace signs. If not, ask runners nearby their anticipated pace, and if it’s faster than yours, move further back. Most races use timing chips, so the time it takes you to reach the starting line won’t count in your final net time.

Don’t carry loose change or a set of keys in your pocket. They’ll annoy those who are running near you.

Don’t Take Up the Whole Road

If you’re running with a group, try not to run more than two abreast, so others can pass you.

Say “Thank You!” to race volunteers who hand you water or put your medal around your neck. They’re volunteering their time and the race would not be successful without them.

Acknowledge supporters who cheer for you as you pass them. If you’re too tired to say “thanks,” show them a smile, wave, or give them a thumbs up. It will make them feel good and encourage them to keep rooting for others.

Be Careful at Water Stations

Water stations can get a bit chaotic and crowded. Use caution when running into a water stop and make sure you’re not cutting off other runners or spilling water on them. If you’re going to stop or slow down to walk through the water stop, make sure there’s not a runner behind you.

Keep Moving at the Finish

Don’t immediately stop at the finish line or in the chute. There will be runners coming in right behind you, so keep going until it’s safe to come to a stop.

Don’t Be a Glutton

Don’t take more than your fair share of food and drinks at the finish line. The back of the pack runners will appreciate it when there are still enough goodies for them at the end.

In preparation for the much anticipated running event of the year “The Condura Run“, my esposo and I did a practice run last Saturday to avoid any injuries (we don’t want that, do we?). We did a 3x run around the UP Oval and 2x bike around it. I believe that in preparation for any examination, any test or any run, I should rest my mind a body before the big event. But this race is an exemption for my rule, not being able to run for the past few weeks due to busy schedule at home, we managed to squeeze a practice run.

Additional preparation made was our own carbo-loading at home, we ate my homemade baked macaroni, fruit shake, and lots and lots of banana. And after that, a good night rest.

It was one of the best race I’ve joined. It was well organized, race marshals were present, we didn’t get to run alongside with vehicles, and the results were fast and accurate as to what I remember my time was when I crossed the finish line. 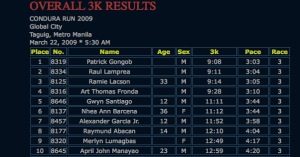 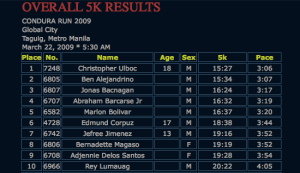 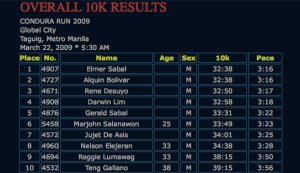 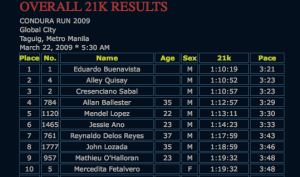 As for me this is my finish time:

And don’t forget to grab a copy of Philippine Star this coming Sunday for the results will be published there too. Congratulations to all the finishers. Keep on running. 🙂

“With the success of the inaugural TNF100 last year and pump-primed by the maiden leg of the TNF Thrill of the Trail, this year’s TNF100 Philippines will bring greater challenges to those who will dare to discover the extent of human endurance.

Set in the great plains of Luzon, trail runners will discover that varied terrain and unexpected descents and climbs still await them in Sacobia, now termed as “The Next Frontier”.

Multiple river crossings, running in Lahar, canopied trails and more await those who will go the distance, endure the trail and test their limits!”

Another race from The North Face, and me and my esposo are already registered. Another 10K trail run for me, wooohooo!!! For more info visit http://www.thenorthface100.ph or you can email them at inquiry@thenorthface100.ph. See you all there.

We just arrived from Cagayan de Oro for a family trip. We stayed at Conchita Hotel near Cogon market, our room was quite small but it’s clean and the staff were very friendly and accommodating . The main reason for going there was to experience the whitewater rafting. There are two things that I’m really afraid of; and that is heights and deep water. So when we were picked by Kagay Tours from our hotel, my mind was still fighting the thought of the rafting, I’m thinking of a good reason for me to back out from it.  But hey, what the heck, I’m here and why not make the most out of the trip. It was an exhilarating experience and I would do it again. Check out some of our pictures. 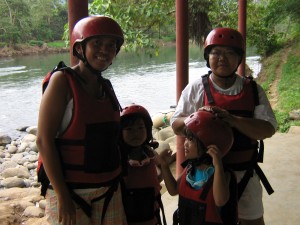 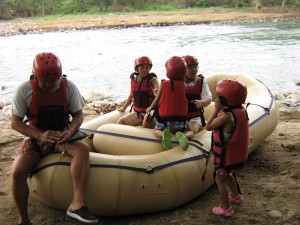 Look at my kids, fearless… 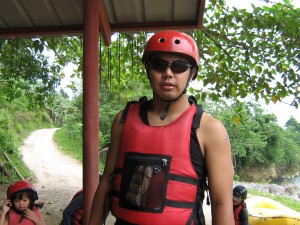 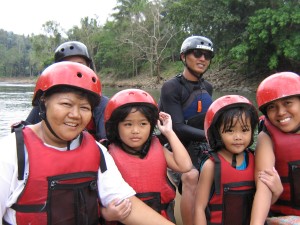 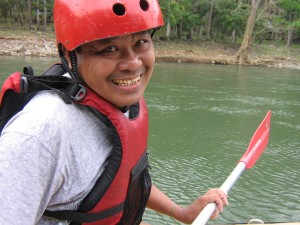 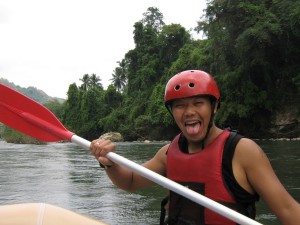 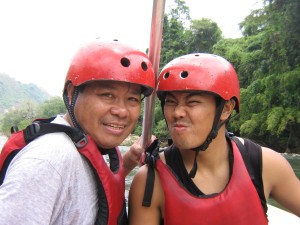 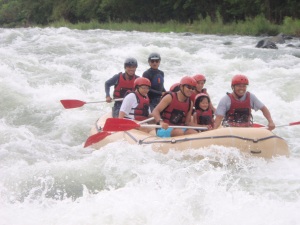 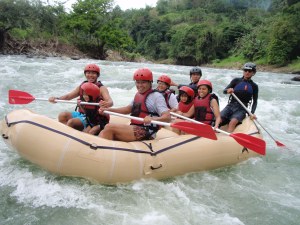 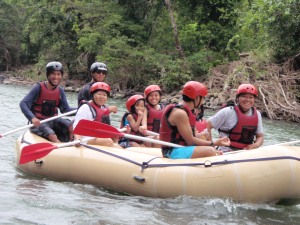 You may all well know that I’m a twilight fan, so while back reading from my fave twilight site “Hisgoldeneyes.com”, I came accross with “The Hillywood Show”. They are sisters named Hilly Hindi and Hannah Hindi who loves to make parody of movies, and may I say they make an awesome job. The last addition to their stint is the Twilight Parody, I can’t stop laughing and loving it while watching. They really are very good. (Clap! Clap!) 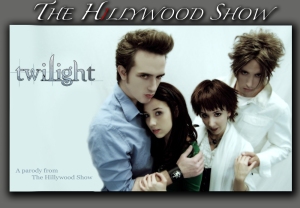 You can watch the Twilight Parody here. 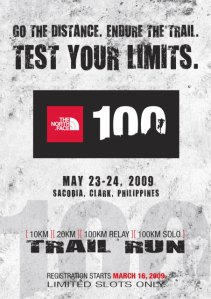